How to Spot a Ladyboy 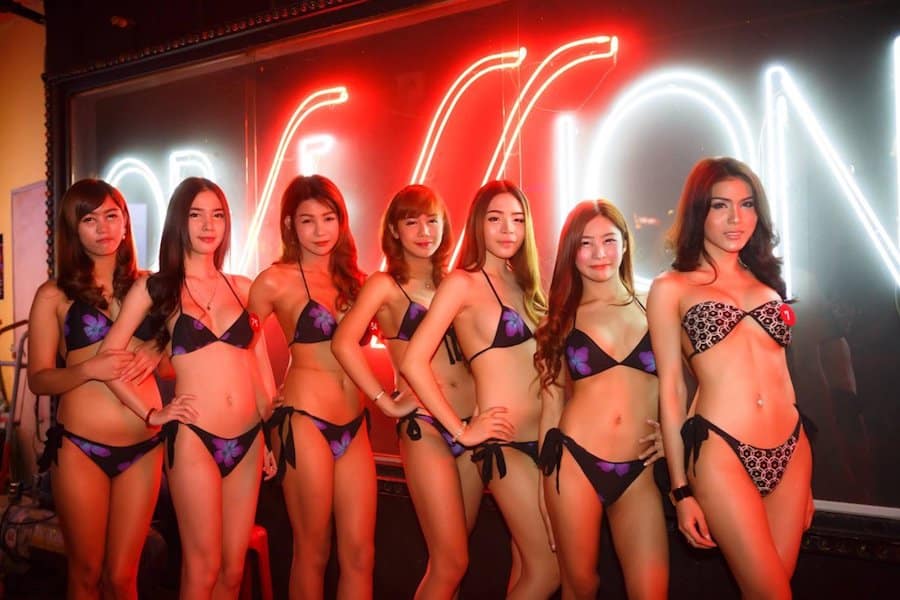 1. Too Tall: The average height of a Thai woman is 157.3 cm (about 5ft 2in) while the average height for a man is 167.5 cm (about 4 inches taller). There are always exceptions to the rule but, generally speaking, taller women were probably not born as women. Tall people (of any nationality) generally also have large hands and feet, which can be another good indicator.

2. Overacting (and overreacting): Ladyboys do not just exaggerate their femininity; they exaggerate everything! Every word and action is excessively flamboyant. This makes them stand out from the crowd because Thai culture is such that women (even those working in beer bars and go-gos) are usually quite reserved.

3. Link Elbows Hold your arms out straight in front of you, palms up and together. Now try to bring your elbows together without bending your arms. If you have a male skeleton, you won’t be able to make them touch (not without a lot of pain, anyway). Those with a female skeleton can.

4. Check the Angles: There are certain physical attributes of the male body which are very difficult to hide. Men have broader shoulders, narrower hips, thicker veins which are closer to the surface of the skin, straighter wrists, squarer chins, wider jaws and, of course, an Adam’s apple. While looking out for these is a good guide, most of them are relative and difficult to accurately gauge and you can occasionally find some women with some of these traits. Even the Adam’s apple (which no woman has) is not a complete certainty as surgical operations are now available to reduce its size and prominence.

5. The Dress Code: A fancy costume involving feathers and glitter is a dead giveaway that she’s a cabaret dancer and therefore certainly a katoey, but such outfits are not that common on Walking Street. A more visible example of the “too feminine” trait, ladyboys tend to dress in more revealingly than women. Of course, this is not an easy one to gauge on Walking Street, where practically everyone is barely dressed, but ladyboys will often go one step further than most.